Deprecated: mysql_connect(): The mysql extension is deprecated and will be removed in the future: use mysqli or PDO instead in /home/qhealtcadmin/public_html/system/model.php on line 12 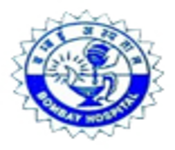 Bombay Hospital – Indore was started in Indore in October 2003, a 600-bedded super-specialty tertiary care referral center with world-class medical facilities under one roof. The hospital has world-class infrastructure with state-of-the-art and sophisticated technology. And apart from world-class medical facilities, it is Human Touch & Care by which the hospital has been able to gain trust of people. The hospital offers comprehensive tertiary healthcare facilities, and is offering services for all superspecialties like Neurosurgery, Urology, Cardio thoracic surgery, Orthopedics including Joint Replacements, Onco surgery, Plastic Surgery, Neurology, Cardiology, Gastroenterology, Nephrology, and broad specialties like General Medicine, Pediatrics, General and Laparoscopic Surgery etc.

The hospital offers highly qualified doctors of their specific streams whether it be cardiac or Neurosurgery, each one of them is an expert in his field with vast experience. Most of the consultants are from AIIMS, PGI, SGPGI or foreign trained, giving international performance standards. Bombay Hospital has a team of highly trained Nurses to take quality care of the patients. Bombay Hospital has its own Nursing College to produce Qualified and Trained Nursing brigade.

Bombay Hospital Indore is the only NABH accredited Hospital in Madhya Pradesh. NABH is an acronym for National Accreditation Board for Hospitals & Healthcare Providers (NABH), founded by the Government of India in 2006 as a benchmark for excellence in health care. NABH has an exhaustive list of over 500 distinct elements that need to be fully implemented and operational in order to get the NABH accreditation. NABH is based on the crux of clear & transparent policies and protocols that attempt to provide quality care for patients. Bombay Hospital Indore has been awarded “The best Hospital in Non-Metro Category-Western Region” in the India Healthcare Awards given by ICICI Lombard & CNBC TV18 along with the research partner IMRB, on 9th March 2013 at New Delhi, for the year 2012. Bombay Hospital has received “The Healthcare Excellence Award for the Best Multispeciality Hospital” in Indore by World Wide Achievers on 19th December 2013 at New Delhi.

Bombay Hospital shall provide the best possible medical treatment, delivered most efficiently, in the shortest possible time, at minimum cost to all sections of the society, irrespective of cast, creed or religion.

To render the same level of service to the poor that the rich will get in a good hospital.

The hospital will provide the details shortly

Did you know that your browser is out of date?

For an optimized QualityHealth.in experience, upgrade your browser or install the latest version of any other new-generation browser.